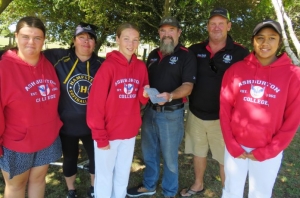 At the handover of a cheque of $500 to the Ashburton College girls softball team are (from left) Briar Clark, team coach Lyndall Chisnall, Tayla Davidson, AshVegas Country Club members Mitch Van Der Krogt and Mark Argyle, and Angel Spooner. Photo suppliedA group of mates who go by the unofficial name of the AshVegas Country Club have been swinging the golf clubs, sharing a beer and having a laugh for more than 20 years.

Over the years the lads have also been generous in their support of local sports performers and clubs.

An annual donation is usually given out and at the weekend $500 was given to the Ashburton College girls’ softball team to help with expenses at a tournament in Alexandra next week.

The club went under the radar a bit, but did receive and review funding applications every year from those in the know.

He said club members numbered around 50 and 20 regulars, most in the their mid-50s, played 18-hole golf every Sunday.

The golfers were mostly affiliated with the Tinwald Golf Club and also had a close association with the Devon Tavern, where they ran raffles to raise funds.

The love of the game and the camaraderie kept the club going and once a month they headed outside of the district to play.

“We make an annual trip to Kurow and enjoy the golf, play some bowls and also go to the races.”

Mr Argyle said it was at post-game sessions at the 19th hole that club members “held court” and were able to raise funds by issuing fines.

The club also sponsored a prize at the annual golf shootout at Tinwald, which funded a full annual membership. 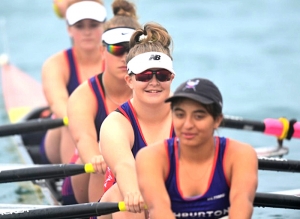 Rowers Maadi Cup . Photo supplied.The Maadi Cup is back on the agenda and Ashburton College’s rowing fraternity are jetting off to make their presence known.

A 25-strong squad of rowers from the school will fly north today for the week-long regatta at the internationally renowned Lake Karapiro with high hopes of some outstanding performances on the water.

After last year’s event was cancelled due to the Covid-19 lockdown, it’s been a long time in between rows for the students at the New Zealand Secondary Schools’ rowing showpiece, but missing out last year will become a distant memory from the moment the first boat touches the water on Monday morning when the regatta officially begins.

More than 2000 athletes from schools around New Zealand will be at the event competing for their schools and themselves with the regatta known as a great pathway for future success in the sport as has been shown by former Ashburton College student, Veronica Wall, who earlier this month was named in the Rowing NZ Under 23 Squad.

The group from Ashburton heading north features not only the competitors but also a strong base of supporters to form the overall crew and while a relatively youthful squad, there are high hopes for some great results throughout the course of the week.

The regatta begins on Monday, March 22 and runs through until Friday, March 23, with heats and repechages held before semi-finals and finals in the various age brackets and also disciplines and divisions. 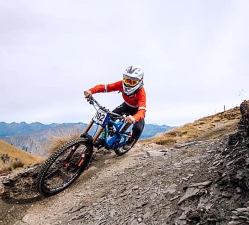 The event, which was held in Christchurch, saw five local riders competing in the downhill race on Sunday, after a few nervous hours of wondering if racing would go ahead following the change of alert levels.

But with racing cleared to be held, albeit in two separate stages, locals got right down to business with three top-five finishes and two other solid performances in a star-studded field of competitors.

Mountain Bike Ashburton’s Jocelyn Johnston said they were over the moon with the performances.

“It was a bit of a nervous time waiting to see what would happen after Saturday night’s announcement,” she said.

“But once the all-clear came through and we knew what was happening it was down to business, and there were some great results out on the track.”

Caitlin Titheridge continued to impress with her effort to finish fourth in the elite women’s downhill race, while Kayne Johnston found his way on to the podium in the Under 15 men’s race to finish third with an excellent ride.

Josh Kingsbury was sharp in the Masters Men’s event finishing fifth while Oli Nicholls (12th) and Riley Blundell (15th) were both excellent in the competitive Under 17 men’s category.

The weekend’s event wrapped up a few busy weeks for riders who have been trekking all over the countryside competing as part of the National Downhill Series.

Attention locally now though will turn to the South Island Secondary Schools’ Championships, which will be held at Mt Hutt on March 12 and 14, with a good contingent of local riders gearing up to take part.

“We’ve been having training rides at recently with a big number of youngsters turning up which has been great and a lot of them are focusing on the South Island Secondary Schools’ event,” Johnston said.