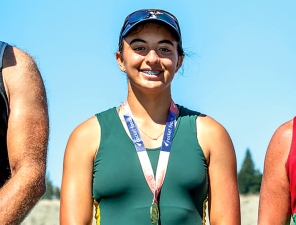 And while there were many highlights from the days of rowing, it was the success of Isabel Wall in the A Final of the open para singles scull with a dominant performance on the water that was most notable.

The surname Wall kept up its proud record of being a name worth remembering in rowing circles throughout the championships with former Ashburton College rower and multi Maadi Cup winner, Veronica Wall also to the fore.

Competing for Southern Rowing, representing Ashburton, and also for the Rowing New Zealand team – Wall put all her class on the water to win the A Final of the women’s Under 22 single sculls, with a six second victory.

She combined with Kathryn Glen in the Under 22 double sculls and picked up another success when they won their A Final as well.

Wall’s week closed with an appearance in the Women’s Premier Coxless Quad Sculls when they finished third in a line-up of some of the most exciting female rowers in the country.

Her week was capped off with selection in the Rowing New Zealand Under 23 and Winter Training Squad trials, which puts her in contention for Paris 2024 Olympic selection.

Gerard Wall was also in fine action over the course of the championships.

He made his way through to the men’s club singles sculls A Final where he placed fourth after winning his heat, and then finishing third in the semi-final.

Wall formed part of the men’s coxless quad sculls team rowing for Canterbury and that quartet was successful in winning their B Final.

Other good results from Ashburton rowers included the men’s intermediate coxed quad sculls finishing fifth in their A Final event.

The same combination also competed in the men’s intermediate coxed quad sculls where they placed fourth in the B Final.

Shania continues to be a record-breaker - Shania Harrison-Lee 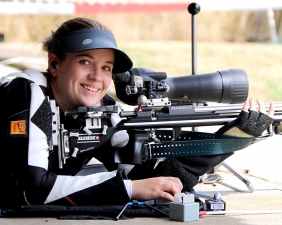 It appears that Mid Canterbury’s own national champion is just getting ever-better, as she reaches the business end of the shooting season in record-breaking form.

Last weekend she shot a personal best 624.1 in the Mana Championship 50m Prone in Wellington.

It followed a win in the A Grade of the Pauatahanui Championship 50m Prone event on the Saturday.

Her latest points haul means she now holds all four national records in both junior women’s and women’s categories, eclipsing her own record of 597 set at the 2020 TSNZ Outdoor National Championships in Tokoroa last year.

The Mana championships are one of seven 50m TSNZ designated matches which count for selection for this year’s tentatively scheduled Oceania Grand Prix in Brisbane, which has ramifications for next year’s Commonwealth Games, to be held in Birmingham.

The two shooters are setting the pace nationally, with Taylor edging the Ashburton teen in the Manawatu 50m Open event last month – another designated event which holds plenty of weight on the road to higher honours.

Next on the agenda is the TSNZ Outdoor National Championships which begins on Monday in Christchurch. 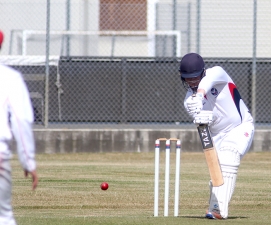 Angus Jemmett presents the full face of the bat. Photo Jaime Pitt-MacKayThe job does not get any easier for AshColl’s 1st XI this weekend as they face a tough road trip north.

The side take on Christ’s College’s 1st XI in the first day of their two-day Ara Championship encounter in Christchurch tomorrow, with a steely reaction necessary if they are to stay in touch in the competition.

Yet to get on the board in the championship, AshColl did show some fight with both bat and ball in the final day of their clash with St Bede’s at the weekend.

Resuming on 23/1 and up against it to avoid an innings defeat, College scrapped to 190 in their second dig to at least force the match into a fourth innings.

Angus Jemmett and Jack Middleton jointly top scored with 36 apiece, with other contributions coming from the middle and lower order.

Despite a much improved display with the bat, it still was not enough to avoid a modest target for Bede’s, with 37 required for an outright win.

Liam Fuller and Devon Flannery did not make life easy for their opponents, combining to leave St Bede’s at 19/3 and then 24/4.

Despite the home team’s final day heroics, Bede’s pair Kyle Stevens and Seth Matheson wrapped it up to complete a six wicket win for the visitors.

As far as AshColl’s opponents over the next two weekends go, Christ’s sit in second spot in the Championship.

After picking up an outright victory over North West last month, they played out a draw with St Andrews, with STAC securing first innings points.

Play tomorrow at Christ’s College gets under way at 10.30am.