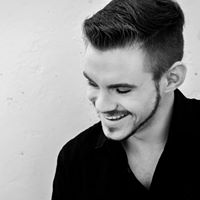 Congratulations to former AshColl student Liam Kennedy Clark. Liam has made the finals for Toyota Star Maker, an Australian music competition. He is one of 10, with the winner getting a Toyota, 12 months of fuel and guaranteed performances. We wish you all the best!! 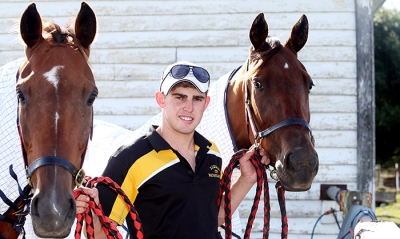 John Morrison has claimed the top graduating cadet of the year gong. Photo Tetsuro MitomoMonday night was one to remember for young harness racing junior driver John Morrison, as young drivers from around Canterbury gathered for their annual prizegiving.

John faced an agonising wait for his award with it being the second to last on the night’s agenda.

It was well worth the wait however with John claiming the top graduating cadet of the year gong.

Not only was this one of the largest awards of the evening it also came with a substantial prize, including a trip to Australia with a few weeks’ placement at a stable of his choice, all expenses paid.

“There are about six or seven drivers around my ranking which makes it very competitive.

“It makes winning the award even more satisfying”, John said.

“I’ve had a few winning drives this year which was great, but the best bit is getting out there and competing”. 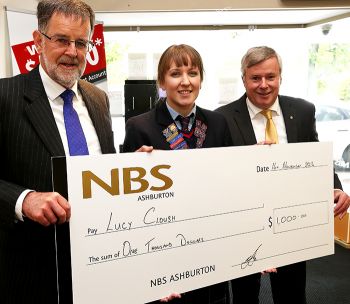 The building society’s manager Rod Fox said that supporting the scholarship was something he was keen to do, as part of his business’ commitment to the Ashburton District. The award recognises the commitment of a Year 13 student to the college.

Three candidates were selected by the college with a small group of alumni executive and building society representatives making the final choice. Alumni chairman Alister Argyle said the final three were all of a very high calibre with Clough acknowledged as a very impressive winner.

Next year she is studying health science and will include two music papers in her workload. She sings, plays the piano, cello and double bass. When she was announced as winner of the inaugural scholarship, Clough said she was stunned. For her, total commitment to college life was an important part of being a student.

“Ashburton College offers so many ways that students can be involved. It’s quite normal for me to give back to Mid Canterbury – it’s given so much to me,” she said.

Clough is currently in the middle of her NCEA exams and will spend most of her summer break working. A highlight, however will be attending the 11-day New Zealand Singing School in January.