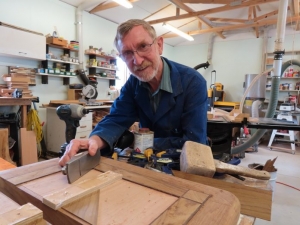 Woodwork tutor Chris Thompson is ready for a new group of night students. PHOTO LINDA CLARKEEver fancied making your own chest of drawers or coffee table?

Night woodworking classes are about to restart at Ashburton College and tutor Chris Thompson said there was a huge amount of satisfaction in building your own furniture.

The retired college woodwork teacher has been teaching evening classes for 15 years. His students range from novices to master carvers.

The classes are held on Tuesdays from 7pm until 9pm, with eight classes a term (four terms in the year); the cost is $180 per term.

Chris said the class was able to use the specialty woodworking facilities at college and so had access to industrial machines, fit for big and small jobs.

“People can come along and learn how to make something and have the equipment to be able to make it.

“The equipment is industrial-sized. There is a big saw finisher that can cut full sheets of plywood and a thicknesser, which machines timber to a specific thickness.”

The students chose all manner of projects and Chris teaches them the skills they need to do the job.

“There is a lot of satisfaction in building your own furniture. Instead of buying a coffee table, you get the timber and build it from scratch.

“There is huge satisfaction for me too watching people walk out proudly with their work.”

Chris said covid over the past 10 months had led to many people rediscovering the challenge of doing things for themselves and he hoped some new woodworkers would be keen to join his class.

The woodwork master is working on a challenge himself, completing a folding table for a super yacht currently being completed in Whangarei.

The complicated job has taken about 70 hours so far and involves different timbers, careful grain selection and features necessary for a life at sea. He is relishing the work, which takes him back to days as a boat builder before he became a teacher.

The first Ashburton evening woodwork class starts on February 9. Prospective students should call Chris on 27 434 668 to discuss their project ideas or email him on This email address is being protected from spambots. You need JavaScript enabled to view it.

‘It’s like having a party, on stage’ - Ellie Lawn 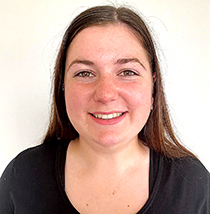 Ellie Lawn. Photo supplied.Ellie Lawn is serious about turning her hobby into her career.

Ellie took part in last week’s Mid Canterbury Summer Singing School and, at the end of the showcase concert, was awarded one of two scholarships.

“I was surprised, delighted and overwhelmed and it made me realise that music could be a career option,” she said.

Ellie (17) and, in her final year at Ashburton College, has attended the summer school for seven years.

The buzz is taking part and being a member of the ensemble singing.

Each of the 100 participants receive their music in December and were required by director, Jo Castelow and choreographer, Julia Bell, to be familiar with the repertoire by the time they came together in January.

This year Ellie’s challenge was to learn a montage of songs from Beauty And the Beast, Spring Awakening, the movie, Moulin Rouge, a new show based on the life of Harriet Tubman and popular music from such mega composers as Elton John.

“It’s good to be versatile.”

Ellie loved performing alongside other experienced young people from throughout Canterbury, all dedicated to performance.

“The first two days we rehearsed the music with Jo, then Julia choreographed the Moulin Rouge soundtrack.

On the third and fourth days we rehearsed on the Event Centre stage, both music and movement,” she says.

The final day focused on a dress and technical rehearsal and then the show, entitled Moving Towards the Future, at night.

“I felt nervous but it went pretty well. I was excited. It was like having a party on stage but with everyone watching,” Ellie commented.

“It was really fun to sing with the other performers using lots of energy.”

But most of all Ellie knew she was learning.

“Every time I do a show I get more confident,” she explains.

At the end of the showcase performance, she was awarded a monetary scholarship to further her singing and performance.

“I guess I got it because of my versatility and reliability,” Ellie explains but both Jo and Julia saw something more in her talent.

This year she’s going to concentrate on both individual and ensemble singing and study for her Grade 8 Trinity College exam.

Ellie is keeping her options open when she leaves college but furthering her musical talent is close to the top of the list. 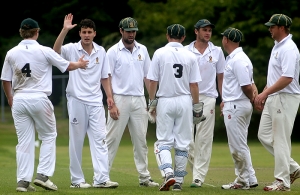 The senior reps clinched a hard fought three-wicket win over Canterbury Country in a 50-over Hawke Cup warm-up in Ashburton on Sunday.

Left arm quick Harry McMillan and AshColl batting star Angus Jemmett were the key contributors for Mid Canterbury in a low scoring affair at the Ashburton Domain Oval – promising signs ahead of this weekend’s Hawke Cup challenge with South Canterbury.

It was a total which looked more than enough, however, as Mid Canterbury’s top order crumbled to be 9/4 by the seventh over in response.

An unruffled Jemmett, who opened the innings, shepherded the hosts out of difficulty, with an unbeaten 63, alongside some support in the middle order, to lead Mid Canterbury home with six overs in hand.

In what proved to be challenging conditions for batting, Canterbury Country toiled away at the top after being sent in.

They lost both openers in consecutive overs to be 38/2 with the run rate little more than 3 an over.

The flow of runs continued to lag for the visitors as expat Archie Redfern and Liam Foulkes looked to consolidate over the next 15 or so overs.

The pair put on 45 before Redfern, who had spent almost an hour at the crease for 15, was caught off the bowling of Ryan Bell.

Foulkes continued to persevere at the other end, as he led Country past the 100 run mark.

The reintroduction of McMillan however spelled problems for the visitors’ batsmen, as the STAC left armer exploited the conditions to great effect.

He removed Foulkes for 36 caught behind, before he halted a promising foray in the same fashion from Ryan Hughes in the 41st over to leave Country at 120/5.

McMillan (5-34) proceeded to eat into the lower order as Country lost five wickets for 16 runs, as Country stuttered their way past 150 before losing their final wicket at the start of the 50th over.

Mid Canterbury’s reply could not have begun much worse, as Country’s opening bowling duo Austin Hamilton and Zak Foulkes obliterated Mid Canterbury’s top order with four of the top five falling for 2 or less.

Jemmett and James Southby dug in for the home team, putting on 61 for the fifth wicket to haul them off the ropes.

Southby then fell for 42 when he was stumped, to leave Mid Canterbury 70/5 and again on the backfoot.

Captain William Southby joined Jemmett at the crease before the pair added 37 in what was developing into a neck-and-neck tussle.

Another two quick wickets edged Country back in front, with another 37 still required.

Coming in at nine, Tom Middleton played a crucial cameo in support, hitting two fours and a six in his unbeaten 23 as he and Jemmett, who had held up Mid Canterbury’s effort from the outset, got the hosts home in the 44th over.

Mid Canterbury will host South Canterbury in the Hawke Cup at the Ashburton Domain Oval this weekend.