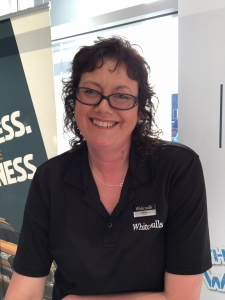 Elfleda was at college from 1979-1983 and a member of Green House. She was involved in netball, volleyball and athletics.

Amongst her most memorable moments was the thrill of developing her own photographs for her photography class.

Loyal to the end, she refuses to name friends she got into trouble with!

Her favourite teachers were Mr Lynn, Mr Faith and typing teacher Norma Tait, who helped her get her first job.

After school, Elfleda moved to Wellington and was a secretary in a travel agency. She became a travel consultant and account manager. She now manages Whitcoulls in Ashburton.

She says she would take studying more seriously if she could go back in time.

Elfleda and her husband Pat have two children, Josh and Shanaia, who have also attended college. 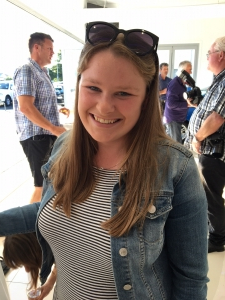 She played netball for the school and was head girl in her final year, a role she was proud to fulfil. Teachers and staff who made an impact on her included Mrs Bowis, Mrs Tyrell and Ms Ferguson.

She left school to pursue a career as a primary school teacher and is currently at university. 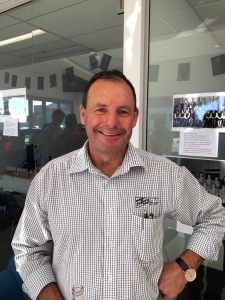 Paddy started college in 1974 and was a Green House member for five years.

He remembers teachers Brian Lynn and John Lynch as having the most influence on his teenage brain; maths was his favourite subject.

He left school to work as a builder’s apprentice and worked for Bradfords Construction for 10 years and then for Hansen & McFarlane Builders. He also ran his own business Backyard Enhancements.

He is married to Michele and has three children, and now sells real estate for Property Brokers in Ashburton. He still loves his rugby and multisport.

He has plenty of good memories from his college days, but said lunch break was ever long enough!