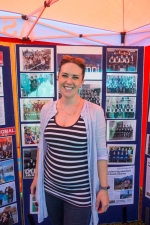 Sharlene commenced her secondary education at AshColl in 1999 and was a proud member of Green House.

She played soccer but also enjoyed the arts. Many of her cartoons featured in the Phoenix Magazine, we managed to track a couple down in the 2000 and 2003 editions.

Her bestie was Kirsty Taylor and Sharlene's most memorable moments at school included being a Peer Support Leader in Year 12 and the House Executive in Year 13.

Although Trevor Cochrane didn't let much slide, he had the most impact and was her Family Form teacher.

After leaving school Sharlene worked as a au pair in the USA for a year, returning home to study a Bachelor of Design; Interior Architecture in Christchurch. From there it was across the ditch for 10 year stint which included study at QUT completing a Bachelor of Design; Architecture Studies, and
Masters of Architecture. Married with one child Sharlene is now based back in New Zealand, she said the only advice if she were to go back to her school days would have been to flick the boyfriend sooner. Her parting comment directed at Stacey Monk... ''tell Stacey to message me back, I wanted to get in contact with her about a reunion.'' 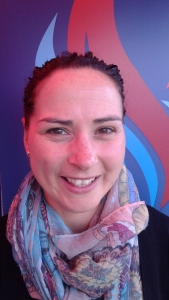 After leaving school, Hannah studied PE and Maths at Otago University and became a teacher. She took up a teaching position at Ashburton College in 2015. Her love of sport has continued with involvement in rugby, hockey and rowing, unsurprisingly her most memoriable school moments involved Sports Tournaments and being an enthusiastic member of Red House.

If Hannah were to go back to her school days, she said to "Make the most of every opportunity, be yourself and don't worry or compare yourself to others. You are on your own journey in life." 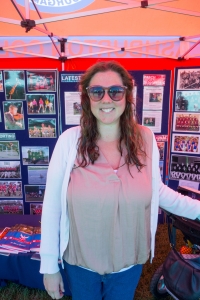 She was very much into the arts scene participating in the Stage Challenge and playing violin in the orchestra.

Alice's most memorable school moments were the Japan Tour where she was accompanied by Chris and Mary Buckland, along with actually making it through the five years of secondary school alongside her best mate Karen Skevington.

Liz Carrick - Stage Challenge along with Jane Taylor - Geography were teachers who made a great impression. So much so that Alice went on to train as a teacher and can be found at Ashburton Borough Primary School.

If she could go back in time to her school days, her advice to herself would be...don't take it too seriously, have fun and don't worry about the small stuff.