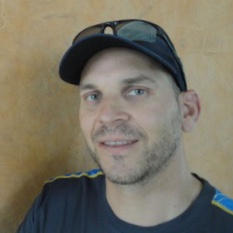 As a beginning teacher I had no idea what to expect as I uprooted my family from Dunedin to begin a new career as a teacher at Ashburton College. I began my career at the beginning of Term 2 2010, hired by Chris Buckland (Deputy Principal) Christine McIndoe (HOF English) and Pete Fougere (HOF Social Sciences). I was placed in Orange House, the current champions at that stage, and replaced Bridgette Prendergast as Family Form Tutor of 9OD as she departed for maternity leave. Initially I was hired on a fixed-term contract so hoped to make enough of an impression to become a permanent member of staff. Within weeks of starting Pete had me looking after the Under-14 rugby team which quickly became a passion. Partway through the season, I was pulled up to the Under 15’s for Tournament week which gave me my first taste of the Rural Livestock South Island Coe-ed schools junior rugby tournament. Early on I realised this was something I wanted on my resume and Pete and I worked together with this as a common goal. The next year I took my own team to Tournament and felt we should have won it that year as we had a really strong team; however, we were closely defeated in the semi-final. This only added to my motivation and the next year we defeated STAC 24-0 in the final to become the first Ashburton College Under-15 side to win the Tournament. It’s fair to say that this was probably my favourite memory, both for the win but also for the fun we had staying at the Christian Camp in Cave and leaving Patrick Sandry behind, when he randomly exited the van. Special mention to Linda Clarke and Perry Hunt who assisted during the week, though it was a shame we had to ban Perry from eating in front of the boys as his ‘no veggies’ policy was not something we wanted to become contagious. It was some team we had that year and the fact that Ashcoll hasn’t managed to repeat shows how tough the competition really is. I was blessed with a very strong core of players, 4 of which were named in the Overall Tournament team: Kieran Hunt, Malakai Caucaukinabua, Daniel Harper-Grey and Anton Herewini. Xavier Bartlett should also have been named as he was our MVP and was a truly special talent. The team was also named team of the tournament (for all divisions) for the attacking style they played and the spirit they played the game in, truly a credit to their school and community. I was also heavily involved in cricket, and was lucky enough to work closely with Dennis Mably, a truly passionate supporter of Ashburton College cricket and someone I learnt a lot from. This highlights to me how special the Ashburton community was, during my time there as parents like Richard and Sue Dudley, Linda Clarke and Perry Hunt, Graeme and Karen Chettleburgh, Dennis and Leanne Mably as well as countless others who fund-raised, billeted students, managed teams and generally helped as much as they could. I’m truly indebted to them.
Other than sport, I spent my time teaching English and History. In my second year I took over the Year 13 History class with Mark Gleason as a mentor. I held this position until I left at the end of 2014. Mark and I attended many workshops together as well as taking the annual Field trip to Akaroa. He is arguably the smartest man I know who was never stumped for an answer as he pooled from his infinite pool of knowledge. I also became close with Mike Clark and Graeme Bock (English and Maths respectively) and it was tough to leave when Scots College eventually came calling. I cherish my time at Ashburton and believe it helped make me a pretty decent teacher. The strength of the school lay in the community and I still follow Mid Canterbury events very closely. I still keep in contact with many friends and ex-students from Ashburton, including my kids old babysitter, and ex history pupil, Amelia Lane. Others students who I remember fondly include Stacy Hopwood who has just graduated from Otago University, Kieran Hunt from both my rugby and cricket teams, Patrick Sandy for always reminding us that we need to laugh as well as many others too numerous to name.
I left Ashburton to move to Wellington and join the illustrious Scots College staff. In my first year there, we won the National First XV rugby title and now many of my former charges roam the fields for the Hurricanes and Wellington Lions. I love Wellington and will not leave for awhile but I’ll also never forget where I began my journey as an educator. I tried to give Ashcoll my best though feel I probably gained more from my time there than them from me. 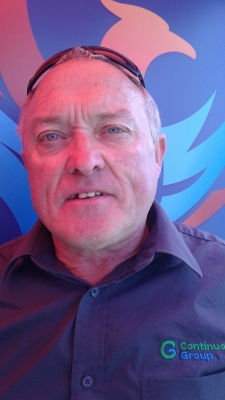 John had to think long and hard about the year he started college. He settled on 1974. He was in Orange House and loved the annual swimming sports day, his favourite activity in the school calendar.

He confessed to getting into trouble with many other students but wasn't prepared to name drop! He did have fond memories of teachers, Pete Fougere and Brian Lynn, and remarked that he should have listened to them a little more and worked a wee bit harder.

After leaving Ashburton College John worked for Dalgety NZ Ltd and is currently the Mid/South Canterbury Area Manager for the Continuous Group.

Sonya started Ashburton College in 1980 and was a member of Red House.

She had a giggle regarding her most memorable moment. It involved Helen McCusker, Mrs Thomson and the wearing of slave sandels, which weren't part of the school dress code!!

Mrs Wall her Family Form teacher had a huge impact on her time at secondary school.

After leaving school, Sonya worked at the legendary Malibu Steak House and then ventured to Australia. Now back in Ashburton and proud Mum of Sarah, she said she wouldn't change a thing about her time at AshColl.