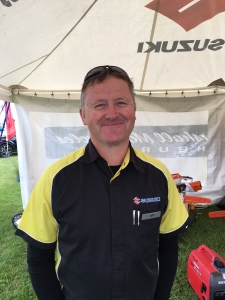 (1980-83)
Red House
Jeff was a keen hockey player and favourite subjects were engineering, woodwork and tech drawing.
He can remember getting into trouble in Mr Vallender’s class and being sent off to be caned.
He left school to work at Autolines and completed an apprenticeship as car mechanic, though he spent his time out of work racing motorcycles.
He was always hanging around Honda Country and when he finished his apprenticeship, he went to work there. He married Kerry in 1989 and moved to the Yamaha shop known as MacKay and Donaldson. The couple spent a year in Nelson before coming back to Ashburton, where Peter Williams offered him a job at the Suzuki shop – he ended up buying the business.
Jeff was a St John cadet for nearly a decade, which came in handy when he and his mates crashed off their motorbikes. He is also a handy skill in his role as a volunteer firefighter and he has been with the Ashburton brigade for 32 years. 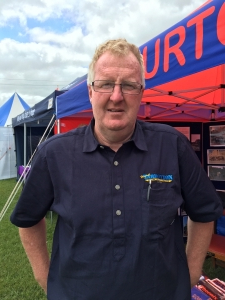 (1980-84)
Red House
Peter played tennis, hockey, badminton and a host of sports – he says the games and his team-mates are what he remembers most.
He and Gary Stringer were most likely to get into trouble together, though not in PE with Alan Faith, his favourite subject and teacher.
Peter took a job at KFC after leaving school so he could concentrate on his tennis, but was managing the place within six months. He was there 14 years, before leaving for Talleys. He moved to Stuart Tarbotton Contracting in 2013.
His only school-day regret is that he didn’t focus enough on the academic side of school life. 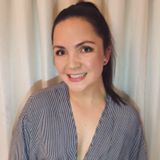 At the end of my 11th Year of schooling I was given the opportunity to go on a 3-month student exchange to Germany. This meant my very rusty German became slightly lest rusty and I was immersed in a totally different culture. I meet truly amazing people who soon became close friends and learnt so much about myself than I ever thought I would.

In Year 12 I was named, alongside Gareth Hunt, a Year 12 representative for the Green House Executive. This opportunity gave me a real insight as the systems in place at AshColl, furthered connections with people who I probably wouldn’t have and it boded well for one busy and exciting year. Something that comes along with being a Year 12 rep is the opportunity to attend a 5 day Boyle River Leadership Course, made possible by Ashburton College and the Ashburton Rotary Club. This camp formed further connections with head students from across the country, learnt different leadership skills and had an overall great and unforgettable outdoor experience.

At the Year 13 Leadership Camp I was stoked to be named Green House Co-Captain alongside Gareth Hunt, again. House Captain is something I had had in my sights for many years, so to be voted in for the role was pretty surreal. The year was fill of ups and downs, as expected, but I wouldn’t of change it for the world. Although we were leading the majority of the year and had the finish line in sight thinking we would end the 10year Green House drought, it was not to be. The Green House exec of Kirsten, Jacinda, Kate, Sophie, Scrofty, Toddy, Tim and Connor Bros were amazing people to work alongside, there was never a dull moment and they all have bright futures ahead of them. I also couldn’t have asked for a better co-captain to work with, so thanks for everything ‘Gary’. However, all praise must deservedly go to Clair Bedward a.k.a Beddy, Ashburton College is lucky to have such a caring, witty and just plain amazing person in their midst. Beddy started out as my 9GK form teacher and to work alongside her as a House Captain for my last year was something really special, and I’m sure we’ll still keep in touch. Of course, the year wouldn’t have been as competitive without the fellow house captains. We all held insane pride for our house colour and always kept each other on our toes but safe to say we’ve all come out stronger people. And I still stand that Waggy ripped their own Red House Mascot.

One of the main things that I learnt from my years at AshColl is you get out what you put in. I’m leaving AshColl with no regrets and I know that the undeniable support from everyone at AshColl will always be there for me. So thanks for everything AshColl, you were great.