Snark: It's a winner - David Elliot 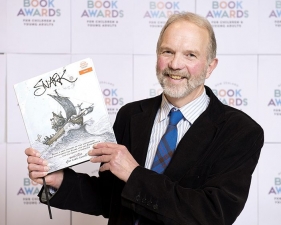 At an awards ceremony held in Wellington on Monday night, Elliot nabbed both the Margaret Mahy Book of the Year Award and the Russell Clark Award for Illustration.

His genre-bending book Snark: Being a true history of the expedition that discovered the Snark and the Jabberwock . . . and its tragic aftermath won the hearts of judges with its “clear wit” and “universal appeal to all ages”.

Elliot said the success came as a pleasant surprise, especially given that Snark is a “different kind of book”, with appeal to “certain kinds of kids”.

“It doesn’t really fit into a box,” he said.

“The publisher and I didn’t know how it would go … but we were patient and made the best book we could.”

He said he was pleased and very surprised for Snark to have won among a “strong field of wonderful children’s books”.

Elliot’s 220-page tale is described as a tumultuous romp through worlds, and is based around two 19th Century Lewis Carol poems – the Hunting of the Snark and Jabberwocky.

It also features illustrations and additional text by Elliot – the outcome of four years’ work and a research expedition to Oxford where the original poems were based.

Elliot said he was very grateful to Creative New Zealand for providing a grant for his research and to Otago University Press through which the book was published.

Whilst awarding him $15,000 in prize money, judges declared that Elliot’s efforts were an “outstanding contribution to children’s literature in this country.”

“The award is much deserved recognition for his captivating compositions,” said Hon Maggie Barry, Minister for Arts Culture and Heritage.

Elliot said he would advise anyone interested in children’s writing to keep up their passion, and remember that success doesn’t happen overnight.

“Take your imagination seriously,” he said.

“We’ve all got an imagination but we don’t always treasure it … Keep a notebook, turn your ideas into words, or if you’re illustration inclined, pictures. Keep up your enthusiasm.”

The Ashburton Art Gallery, who are custodians to Elliot’s collection of drawings, were also thrilled to hear the news of Elliot’s success.

An exhibition of Elliot’s drawings will be on display at the gallery from September 16, and planning is under way for a Snark exhibition next year.

David will also be in Ashburton for a talk on September 25, but for now it’s back to chipping away on his two upcoming books.

Snark is available at all good booksellers and online at www.otago.ac.nz/press/books/otago626607.html

Running over mountains is just one of the disciplines Matthew Clough excels in; this week he will head to Canada to take part in the 2017 Junior Aquathlon World Championships. Photo supplied.Eight months into what has been a successful year for multi-sport athlete Matthew Clough, he is hoping to add another medal to his collection.

Come Sunday, Clough will have his bags packed and be flying off to Pentiction, Canada, to compete at the 2017 Junior Aquathlon World Championships.

Competing in the Under-19 Male category, Clough is hoping to equal or improve his third-place finish in Mexico last year.

“Obviously the dream goal is to win it, but to come back with a medal around my neck would be pretty special,” Clough said.

“Looking at the start list I would say I’ve got a good chance of doing well.”

Apart from four days off recently with the flu, Clough said his preparations for the event had been going well, training 11 times a week.

“You can race without a bit of training but you can’t race while feeling like crap so it was important to take the time to feel better,” he said.

Clough will either find himself working on speed or endurance, both in running and in the pool.

The Ashburton College student will have five days on Canadian soil to help get over any jet-lag and acclimatise ahead of the event.

“Before Mexico I hadn’t slept for 36 hours and that was a struggle,” he said.

“The flight to Vancouver leaves Auckland at 8pm so hopefully I will be able to get some sleep.”

Clough said going to the world champs was a great experience to be part of.

“It is quite cool being around people that are like you and being able to celebrate that,” he said.

“The NZ team are really good and there are plenty of meetings and activities to get to know everyone.”

For Clough, this is his biggest event of the year.

After a short break on returning from Canada, he will be turning his sights back on the two-day event in the Coast to Coast. 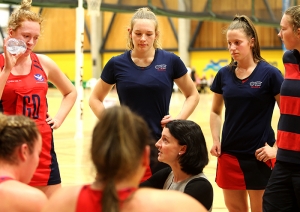 The Ashburton College Senior Girls’ Netball team will need to take in all of coach Angela Mitchell’s (centre) experience in their two semifinal matches this week. Photo Laura BagrieAs the end of the netball season approaches, the Ashburton College girls’ senior netball side are still fighting on two fronts.

The side will play two semifinals in two days, starting off with their clash against St Margaret’s College tonight.

Despite the challenge of playing two intensive games consecutively each week, coach Angela Mitchell said she is really pleased with how the side has performed.

“We have continued to go from strength to strength this season and we are now putting in complete performances in two games,” she said.

“The hard work they have put in is really paying off.”

The side played St Margaret’s earlier in the season, but Mitchell believes it will be a strong test.

“They can win it if they turn up and play as a unit,” she said.

“At the secondary school level the skill and speed is more utilised while in the local competition there is more use of a physical presence,” Mitchell said.

“The girls have learnt over the years to be competitive in both competitions and to be able to play a different style.”

The last time AshColl made the Supernet final was two years ago, where the side played St Margaret’s.

AshColl will play their other semi-final in the Mid Canterbury premier competition tomorrow night, facing off against Hampstead, a side they drew with in their most recent clash.