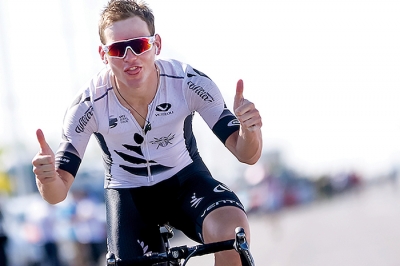 Jason Christie. Photo supplied.Ex-Ashburtonian Jason Christie has shaken off the lingering effects of a crash on Friday to win the national road cycling championship in Napier.

Christie, who won the title in 2016 and finished second last year, stormed home to take the title from Cambridge’s Hayden McCormick.

Christie, 27, bided his time as a chasing group of three ran down solo leader Torckler late on the final lap, then out-sprinted his rivals for victory.

Torckler had jumped off the front of the lead group two laps from home and opened up a 30sec advantage on Bennett, who was caught by McCormick and Christie with a lap remaining.

Christie, who took bronze in Friday’s time trial despite a nasty crash, admitted it had been a struggle to bounce back for the 171km road race.

“I crashed pretty heavily in Friday’s race, and it hasn’t been so pleasant the last couple of days,” he said.

“I also had the vomiting bug a week ago which also knocked me around a bit as well.

“I did not think I would have a chance today.

“But I rode smart and put myself in a position to win,” Christie said.

“I think it was probably the best field ever for these championships and so to win it is pretty special.”

Bennett, who rides for the Lotto NL Jumbo World Tour team, had come into the race hoping that recent surgery to cure long-term side stitch issues would prove a success.

“I changed my mind as the race went on and I felt quite good.

“I thought I had a chance,” Bennett said.

“I thought Michael had gone too hard up the climb and thought I had a chance.

“But it was not to be as the young boys had the legs.

“However I had no issues with stitch at all and it is so early in the season for me.

“There’s a lot to be satisfied with from today.” 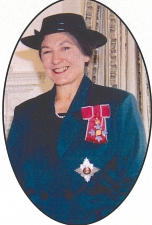 When John Harper spotted a small, dark-haired 17-year-old teenager across the table tennis table in the Westerfield Hall, he knew he’d met his future wife.

That young woman was Elizabeth Horrell who in 1995 became Dame Elizabeth Harper, Ashburton’s first recipient of a DBE, for her services to Save the Children.

On December 18,  the woman who gave her heart and soul to the Save the Children, died at the age of 80.

While her public recognition was for services to the children’s charity, husband John and son Robert say her life spanned many more interests and activities.

She was the first born and only daughter of Lagmhor farmers Faith and Jack Horrell, and with five younger brothers to keep in line, John believes her organisational skills were well honed early in life.

Elizabeth’s school years were spent at Lagmhor, Ashburton High School and then Craighead  and she went on to work as an occupational therapist at Ashburton Hospital.

While she was a farmer’s daughter and became a farmer’s wife, Elizabeth was also a farmer in her own right, helping run the farm as well as keeping teams of farm workers well fed. She established her own registered coloured sheep flock and a large pig fattening unit. She went on to become a supplier and then a director of the South Island Pork Group.

At any given time Elizabeth could be involved with Save the Children, working on the farm, working alongside district nurses on night shifts, chairing board meetings, making jam for the SFC charity shop, sitting as a companion with people who were terminally ill, working as an Ashburton Benevolent Fund trustee, singing in several choirs, working within her church and tirelessly assisting anyone in need.

But more than any of those activities, her family remember her as a selfless, loving and caring mother.

Life in the Harper household was lived by the calendar. The phone would ring and Elizabeth automatically walked to the calendar to see where she could fit in a new appointment or activity.

Her life was devoted to people, her husband and son say, and her pleasure was gained by working quietly in the background rather than starring in the limelight.

No matter how busy, she never complained and simply got on with life, happy to help out where ever she was needed.

No matter who she was with – Princess Anne, Prime Ministers or fellow members of a volunteer organisation, she was never any different, her family said.

Her public profile was very much about Save the Children.  She joined this organisation in 1969 after a request from her aunt Naomi Rickard to drive a car during the annual appeal.

In spite of taking on national office, Elizabeth continued to work in the Ashburton shop as well as making marmalade and knitting garments as local fundraisers.

In 1994 she received a Save the Children  international award for distinguished and meritorious service and in 1995 was made a Dame Commander of the Order of the British Empire.

That honour did not sit easily with Elizabeth.

John recalls when the official letter arrived she stood looking at it for some time before stating she could not accept it.

Eventually she agreed, but made it very clear she was accepting for Save the Children, to raise the organisation’s profile, not for herself.

While she was entitled to use the letters DBE after her name, John said she always preferred to be known as just Elizabeth, never dame. It didn’t change her a jot, he said.

John and Elizabeth retired to Ashburton from their Hackthorne farm in 1998 but Elizabeth’s work as a volunteer continued and branched into new fields.

The couple’s first son Paul died in 2011 and their only daughter Janet was killed in a car accident as a five-year-old in 1968. 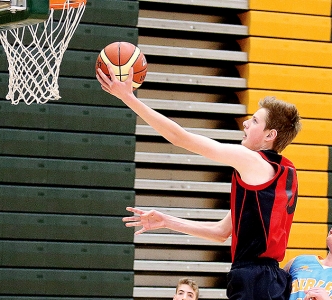 Josh Lowe gets some serious air time heading for the basket. Photo Tetsuro MitomoAshburton basketballer Josh Lowe is trading his summer for the cooler climes of Sarasota in the United States, where he will spend the next four months training for a shot at a college basketball scholarship.

Lowe, 6’8”, will be resident at the Impact Basketball Academy and devote his days honing his skills, game and physical prowess to catch the eye of college recruiters.

A standout for the Ashburton College senior boys’ basketball side this year, the trip will be his third visit to the US in 12 months.

He went to Florida last April with an Impact New Zealand development side and was in Las Vegas in July with their elite team.

Lowe, who has just turned 18, hopes his star will continue to rise at the training academy.

His goal is a four-year scholarship at a division one school.

Off the court, he must also impress with his schoolwork, so his training days will include preparing for the all-important SATs.

If he succeeds, he will join a growing list of young Kiwi basketballers heading to the states to play ball.

Lowe has been playing basketball since Year 5, when the sports officer at Borough School spied the tall youngster and signed him up for miniball.

He has not looked back, making rep teams since his first at under 12.

He still remembers coaches Tim Johnson and Mike Johnson that year who taught him some important basics.

The opportunity to play the sport he loves at college level in the US has the full support of parents Jodene and Andrew Lowe, who have watched him develop over the years and encouraged his love of the game.

It will be a foreign feeling watching games from afar via livestream instead of being court-side.

​Since school finished in November, he has continued to work on his skills at home and on the court.

He has also been committed to a strength and condition programme with personal trainer Frank Connelly aimed at adding bulk to his lean frame.

There are few days he doesn’t pick up a basketball.

While Lowe has easily been amongst the tallest on court in New Zealand, in the US he will work on his skills as a small forward or power forward.

He played in the Canterbury Rams summer league and has been scrimmaging regularly in Ashburton at Basketball Mid Canterbury’s Oxford Street stadium.

He’s excited and nervous about the next leg of his basketball journey, which starts on January 3 with a solo trip to involving 19 hours flying time from Christchurch to Auckland, San Francisco and then Tampa.

Looking back to 2017, he credits college coach Pip Johnston with helping him take his skills to a new level, with one-on-one summer trainings.

“Pip has been the coach who has helped me the most.

“At the end of Year 12 at least once a week I went to EA and did drills and stuff which definitely helped.”

Lowe said the college basketball in the past year had provided several highlights, including his role in AshColl’s comeback game against Burnside at the South Island secondary schools’ tournament.

There were many other games in which he topped the stats chart for shooting or rebounding.

Now he is looking forward to a new challenge.