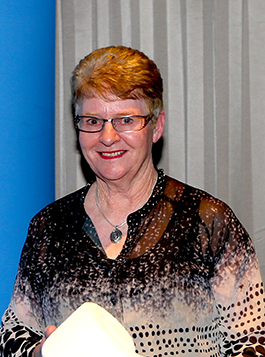 Sheena TyrrellIf you sit down next weekend, flick on the television to watch the Fast5 Netball World Series and think, “That is some top-drawer umpiring,” well you have one of Mid Canterbury’s own to thank for that.

Sheena Tyrrell will be a member of the Umpire Appointment Panel at the tournament, a role that will not only see her work with the umpires, but the teams as well.

“The tournament starts on the Saturday but we go in on the Wednesday, and there is quite a bit that happens, a lot of meetings and practice games,” she said.

“There are the practice games for everybody to get their eyes in to what they are looking for, and then there is the rehearsal for the opening ceremony.”

While currently working on the International Test Panel as well as helping to assess and coach umpires on the New Zealand Umpire Development Group, Tyrrell expects the Fast Fives to throw up their own different challenges.

“It is very different to the other types of umpiring, as it is a different game, the approach for umpires and our own techniques have to be different,” she said.

“Normally the defence would look to push the shoots further out more, but in Fast Fives the further you shoot from, the more points you get, so that affects how the umpire advantages as you don’t want to give someone the chance at two points, when it should only be one.”

While it is a major international event, Tyrrell said she is looking forward to the experience.

“It should all be great fun and very challenging.

“It is a festive occasion and should be interesting as something different to what we normally do,” she said.

The Ashburton College employee has plenty of experience around the netball courts, taking up umpiring when she was still playing late in the 1960s, and gave away playing after making her first national tournament as an umpire.

“I have been to 19 national tournaments and was top 10 on five of those, and I also spent five years umpiring in the national league,” she said.

“After I stopped that I moved in to solely the NZUDG work with the theoretical and physical assessment of umpires at local, regional and national level, as well as being heavily involved with the admin side of things.”

Tyrrell said she was very pleased with how the game has progressed, with umpires working as “a team” with the teams, as opposed to being there to pick on the teams.

“I have also had a bit of luck this year with going overseas with the ITP as well as doing work for the Constellation Cup, which is all great fun,” she said.

When the curtain rises on the theatre group’s next production Mamma Mia he’ll be swapping lights for the director’s chair.

It’s a challenge he’s looking forward to but one he admits to feeling more than a little nervous about.

Farr has directed before, but nothing of this scale. It’s something he’s always been keen to do more of and when the opportunity came up to direct the Ashburton Trust Event Centre’s 10th anniversary show, as centre manager he said he couldn’t pass up the opportunity.

He’s tackling a show that’s well known and well loved, one he knows will come with high expectations.

“We’ve bought the consortium so we know absolutely what we’re getting.

“It’s all delivered in containers, all the props and costumes and from a director’s point of view it’s simple, we’re not allowed to change anything, we have to stay with what’s written,” he said.

If he had to sit down and design sets, costumes and lighting from scratch it would be an impossible task for someone who is working full time, Farr said.

Auditions will be held at the start of November and Farr says he’s excited about  the prospect of choosing what will be quite a large cast of singers and dancers.

“It’ll be a bit odd because I’ll know quite a few of those auditioning, but I’m hoping we’ll get a few outsiders come in too.”

He’s already forming ideas about the characters and personalities he’ll need in his cast to keep it true to the original.

“It’s a funny show in a way because of the music.

“People will be quite demanding so the singing will be critical but I want to make sure the storyline comes across too.

“With a show with popular music it’s easy for the storyline to get lost and for character development to get lost.”

He knows there’s a massive amount of work needed between auditions and first night.

“It’s a big undertaking and the budget itself is scary.

“Because it’s a consortium show the rights are very expensive and the whole production is on my shoulders; I have to make this work,” he said.

He’s keen to get on with the job, choose his cast, kick-start rehearsals and working with his production team of musical director Richard Marrett and choreographer Madison Thew-Keyworth.

“They’re the full time professionals, but they seem to be quite relaxed about working with me,” he said.

When it comes to getting the best from his cast, Farr admits he’ll be quite demanding, but not at the expense of having a team that’s enjoying what they’re doing.

‘The show has to be a lot of fun for the cast and the audience, there needs to be a real party atmosphere, but yes, I have expectations with the way I want things to be.”

Farr knows theatre from the grassroots up.

He first stepped out on stage as a nine-year-old in Annie Get Your Gun. His mum was in the show and he tagged along.

He followed that 1975 show with Oliver two years later and then decided to call time on his stage career for a while.

He admits he was never a star, always one of the ensemble, but that early stage debut sealed his love affair with the theatre.

He swapped on-stage, working on set building before changing to what became his passion, lighting.

Working in a lighting crew when he started out was a vastly different job.

Then it was about follow spots and dimmers; today it’s high-tech.

“I was an engineer by trade so that helped, but I really learned on the job.

“Lighting was very basic when I started out but in the past 10 to 15 years Ashburton has really moved ahead,” he said.

The late Robert Young was his single biggest influence.

He opened up a world of possibilities for Farr and over the several shows they worked together, Young took his skill level from basic to a high level, he said.

“He was very demanding, he knew exactly what he wanted.”

Farr might be in the director’s chair for Mamma Mia but he won’t be letting the show’s lighting go.

“I’ll do the basic design work, I’ll plot the show, create the image in my head, and then it’s a bit like painting by numbers really.”

Job done, he’ll hand the lighting over to his crew and start running the show.

Mamma Mia auditions will be held on November 4 and the show runs in the Ashburton Trust Event Centre from May 18 to  26. 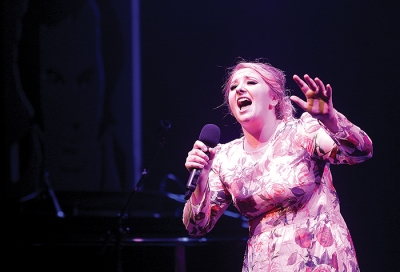 Libby Higson as Adele in Ashburton’s Stars in Your Eyes. Photo Tetsuro MitomoAshburton County Lions member Marie McAnulty had a vision, and then made it a reality.

That vision was for her club to hold a Stars in Your Eyes event, after she had been involved in one several years ago at Pahiatua.

Yesterday McAnulty reflected on an amazing evening the night before – Mid Canterbury’s own Stars in Your Eyes at the Ashburton Trust Event Centre.

“In Mid Canterbury, the talent is just amazing,” McAnulty said.

All manner of iconic rock and musical theatre stars were brought to the event centre stage, courtesy of 12 Mid Canterbury singers, aged from 10 to 65.

The competition was tough, and Libby Higson’s rendition of an Adele number was judged the best.

McAnulty said the goal had been to raise about $10,000, however, the final total had yet to be confirmed.

The show had been a sell-out, and people had to be turned away.

She said feedback had suggested people wanted to have the event again, and it was something which could be held every two years.