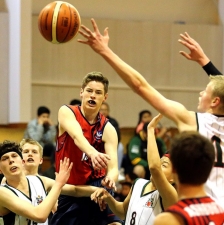 Ashburton College junior basketball player Jacob Gray looks to split the defence with a pass in his side’s second game of the Junior Zone 4 Premiership Basketball Tournament against Middleton Grange. Photo Tetsuro MitomoAs the dust settles on a busy winter tournament week for students from Ashburton College and Mount Hutt College, some return to school with medals around their necks, while others return with stories of what could have been.

Three local teams contested the junior basketball, with Ashburton College Junior Boys’ side picking up 11th place, while the AshColl Junior Girls’ side narrowly missed out on a place in the final, and comfortably secured third in a win over Timaru Girls’ High School.

The Mount Hutt College Junior Boys’ side dropped in to the bottom bracket, and lost their last game to Christ’s College 83-56 to finish 18th.

Also on the hockey turf, the Ashburton College Girls’ 1st XI came home with medals around their necks after winning the Rosemary O’Brien Cup in Blenheim, defeating Kapiti College in the final 4-2.

The boys’ 1st XI were not quite as successful at the Johnson Cup in Cromwell, topping the round robin that was played amongst the bottom five teams.

The senior girls’ basketball side got one over on their male counterparts, finishing ninth after winning a close final game against Cashmere High School 73-70.

On the netball courts, AshColl and Mount Hutt College both had teams competing at the South Island Championships.

The Mount Hutt College side struggled in the B grade, finishing 31st, a result that will see them drop to the C grade for next year’s tournament.

Ashburton College came close to having the perfect tournament, finishing sixth after losing to Christchurch Girls’ High School, leaving them one place off qualifying for the National Championships in October.

The Mount Hutt 1st XI were not able to replicate their dream run to second place like last year, finishing 15th at the Jim Wishart Tournament in Christchurch.

Also finishing towards the bottom end of their tournament was the Mount Hutt Girls’ 1st XI, finishing 14th after losing their final game to Craighead Diocesan 4-3.

In Greymouth, the AshColl Junior Boys’ 1st XV were unable to match the team from 2012’s efforts in winning the Rural Livestock Junior Rugby Tournament, getting knocked out in the semi-final of the division two bracket. 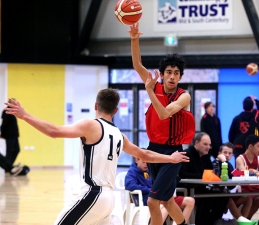 AshColl led by one point at the end of the first quarter, but saw STAC start to run out a lead in the first part of the second quarter.

The home side were able to peg them back halfway through, but they still trailed 26-33 at halftime.

In the third quarter, the wheels fell off for AshColl, with regular shooting fouls gifting STAC visits to the line, while the points just did not seem to fall for AshColl.

The fourth quarter started brighter for the home side, but STAC’s clinical finishing kept the lead comfortable, while it had been out at 17 points at times.

With around six minutes left on the clock, AshColl were able to pick up a vital stop in the STAC end of the court, and made it pay, using that momentum to force a 10-second violation.

STAC seemed to panic at the rampaging bull that was AshColl, with their lead being hacked and slashed away at until it was only two points.

Eventually time ran out for AshColl, who could have made it a three-point game from the line after a technical foul was called on the exasperated STAC coach.

AshColl were unable to convert, and a late two-pointer was not enough.

In their final match of the competition, the AshColl boys faced off against Christchurch Boys’ High School for 11th or 12th. The first two quarters would have given AshColl supporters a sense of deja vu, with AshColl falling behind early, with Boys able to extend to a lead well in to the teens.

AshColl did not make the same mistake twice of leaving the comeback late however, surging back in the third quarter to take a three point lead at the buzzer. Despite a late scare in the final minutes of the quarter, AshColl were able to see out the victory 62-57.

The Mount Hutt College Junior Boys side picked up a win in their second crossover match, downing Riccarton High School 83-76.

This set them up to take on Christ’s College in the playoff for 17th and 18th.

The side from Christchurch proved too strong however, winning 83-56, confirming 18th place for the Hutt.

A story on the finals and the Ashburton College Junior Girls’ side will be in Thursday’s Guardian. 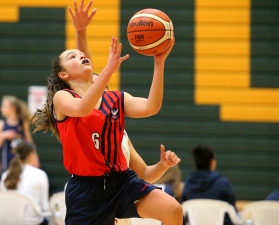 Facing off against Kavanagh College, the side trailed 23-24 at the halftime mark, while a slow start to the third quarter proved costly for the side.

It took nearly five minutes for the side to register their first points of the quarter, and only a late quarter rush saw them trailing by five points 34-39.

AshColl were able to chip away at the lead, eventually tying up the game with just under 20 seconds left on the clock.

Kavanagh were able to make one of two free-throws to lead by one point, before AshColl lost possession on the final play and were forced into fouling, all but sealing the game.

The side will now play off for third and fourth against Timaru Girls’ High School today at 5.45pm.

AshColl was up to play Cashmere in the last game of the night to decide placings heading in to the final day today, while Mount Hutt will face Dunstan High School.