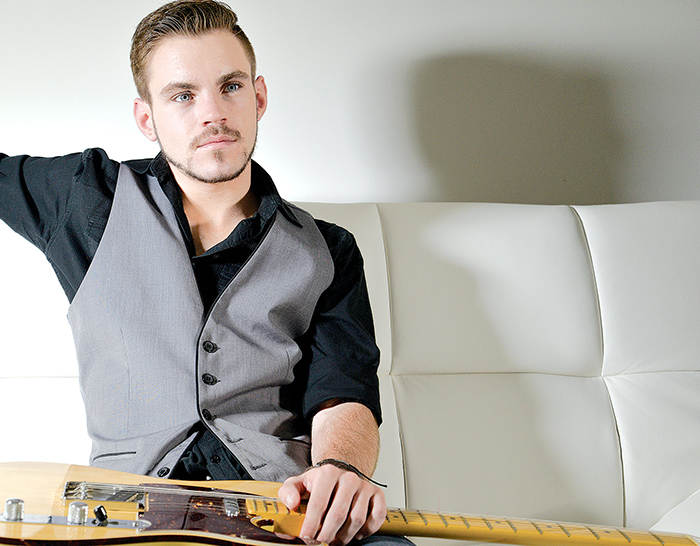 The 19-year-old has been based on Australia’s Sunshine Coast for almost two years, where he makes a living from country music.

The 10 finalists were chosen by a panel of judges from more than 100 entries.

Kennedy-Clark said to make the top 10 a second time round was “a pretty surreal feeling”.

One grand finalist will be selected following the concert, however, even just getting there is good enough for Kennedy-Clark.

“All the people you meet, and contacts you make is second to none,” he said.

He has already worked with some big names across the Tasman, undertaking live work for the likes of Adam Harvey and James Blundell.

He said he had been doing a lot of session work lately, playing guitar, piano, and bass on albums, and was to begin mentoring at the Senior Academy of Country Music in Tamworth in the lead-up to the Tamworth festival.

He tutored in the junior academy in July last year.

At Tamworth he will also be performing 10 gigs on his own, and playing in a backing band for other artists.

And as big as Tamworth is, Kennedy-Clark is looking forward just as much to Hometown Show in Ashburton on June 24.

He is to stage the concert at the Ashburton Trust Event Centre, and it will feature Cassi Hilbers, with special guests Campbell and Alyssa Landrebe, and Kayla Marshall.

Josh Collins has made Kevin McMahon one proud teacher. 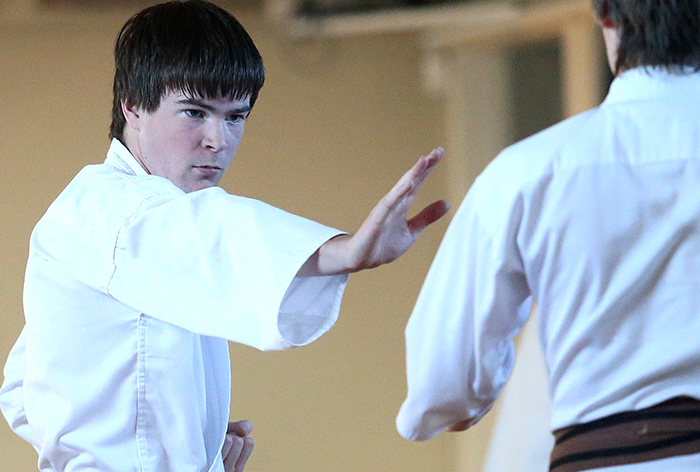 Collins has recently graduated to his black belt in Sankukai under the tutelage of McMahon.

Having trained at the club for eight years, it has taken a lot of commitment and hard work, McMahon said.

“Josh has had to learn a lot of special skills and techniques to get to this point.”

McMahon said it was great to see a young person commit to such a huge task as they often have the skills to do it, but in the final analysis lack the commitment.

Held early in December, the grading was a special night, with Collins’ parents and other members in the club present to see his grading for the black belt.

McMahon believes that Collins’ parents played an important role in helping him get the belt.

They allowed him to be committed to achieving the task and were very supportive, said McMahon.

Collins is not the only person from his family with a taste for karate, with his brother training alongside him.

Before gaining the black belt, Collins has had to work his way through large number of other colours of belts.

White, yellow, orange, green, blue, purple and three levels of brown belt all stood in the way before he could gain his black belt.

McMahon is the only person to teach Sankukai in New Zealand.

Four Mid Canterbury teenagers are brimming with excitement as they look forward to excelling in their performance dreams this year. 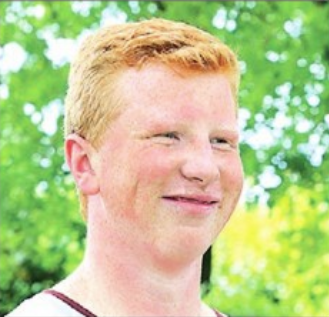 Dancer Krishay Nadan, 15, and singers Ocean Waitokia, 14, Liam Pram, 15, and Tilly Smith, 17, will head to Hollywood in June as part of the 28-member New Zealand Black Stars to compete in the World Championships of Performing Arts (WCOPA).

Liam said he was in the middle of food class at Ashburton College late last year, when he received the email telling him he had made the team.

“I just freaked out, I didn’t expect to get through,” he said.

The news had launched him out of his comfort zone into planning busking trips to Christchurch as of next week.

He already had two jobs, but needed to earn extra cash to reach the approximate $7000 total to cover airfares, accommodation and registration.

He taught himself guitar and also takes lessons, and sings and writes his own music.

Among WCOPA items will be the original What About, which he wrote for his grandmother following his grandfather having a close call with a heart attack.

He has been dancing since the age of nine, mainly hip hop and lyrical. 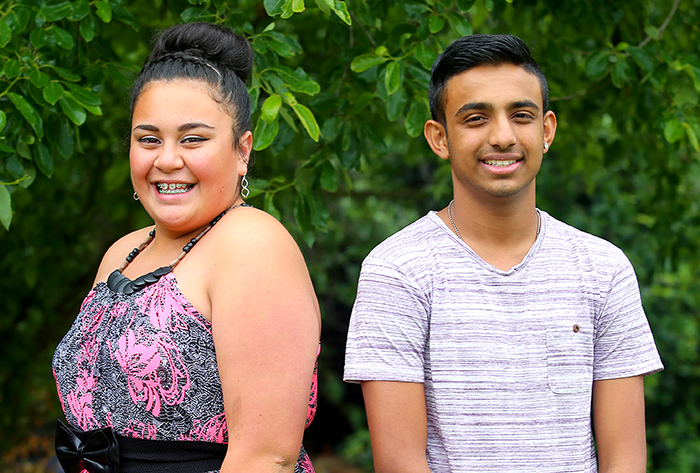 Last year he and his friends won the lip sync and he placed second in Ash Dance.

Ocean said she was nervous when she auditioned in front of the two judges, as she was used to performing in front of larger groups.

The accomplished yodeller and award-winning country singer performed on a German talent show in 2015, and can’t wait to add America to her impressive resume.

“I don’t think I want a career in singing but it’s something I can always fall back on,” she said.

Krishay, Tilly, Liam and Ocean were among 49 performers to be offered spots in the 2017 Black Stars after 97 hopefuls from throughout the country auditioned.

Twenty-eight have confirmed their participation.

The team will compete in individual and group items against countries from around the world in front of large audiences, including talent agents offering hundreds of thousands of dollars worth of scholarships for study in America.