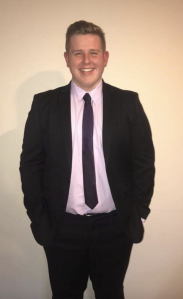 He was an active participant of Blue House, became the Year 12 Rep in 2016 and was Head Boy in his final year, 2017. Being Head Boy was an experience of a lifetime yet also challenging. Nic became Head Boy the same year as Ashburton College assigned principal Ross Preece and Nic enjoyed working with Ross on most school activities. Nic was the Ashburton College Senior Basketball official between 2014-2017. He also represented Ashburton College at a few regional sports awards in the officiating category. Nic played tennis for Ashburton College representing the school from 2014-2017. Some teachers that played an important part in Nic’s college life were: Stacey Monk, Liz Carrick, Jason Vannini, Michael Clark, Claire Bubb and Andrea Griffin.

Nic is currently enrolled at The University of Canterbury in his second year of studying towards a Bachelor of Teaching and Learning (Primary).