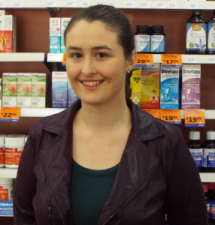 Fiona Bradley. Photo supplied.An Ashburton woman has been appointed to chair an international committee of the World Association of Girl Guides and Girl Scouts (WAGGGS).

For the last three years, Fiona Bradley has been a member of an international WAGGGS committee tasked with providing governance support and advice to the World Board and writing rules of procedure for use at regional and global conferences.

Now she’s been appointed to chair the committee. In the past, the chairperson has come from the world board, but WAGGGS has broken with tradition and appointed Fiona.

Because of Covid-19, the committee holds virtual meetings five times a year but working sessions of members tasked with specific issues are held online two or three times a month.

Fiona chaired her first meeting last month with a further one planned for March. “I felt really excited about chairing the committee and supporting the work,” she says. “One of the projects we’re working on is an induction package to support new people being appointed to the world board and other committees.”

In the light of the pandemic, the committee is examining how countries can vote on decisions and important documents like the budget and strategic plans.

A challenge for Fiona is working with members who have different languages and come from different cultural backgrounds. “I have to be aware of that, be patient and incorporate their viewpoints into the meetings,” she says. “It’s interesting working in this space.”

Fiona’s focus when making decisions is to consider what’s best for the world but she does it with New Zealand’s interests at heart.

She’s delighted with the appointment. “It shows that girls from New Zealand can take up these appointments and make an impact at a world level,” she says. While her appointment will be reviewed in July, it’s likely Fiona will be appointed for a further three years.

However July heralds another important event in her guiding life. She’s been nominated to stand for the world body of WAGGGS. Her nomination from Girl Guiding NZ will be contested in an election that month.

“I’m happy to have the support of New Zealand and to go through the process,” she says.

Fiona started her guiding life as a pippin in Ashburton, then a brownie before becoming a guide and ranger. She’s a strong champion of the guiding movement and sees its role in the 21st century as advocating for the rights of girls up to 18, to make life better for them.

Influenced by being a WAGGGS delegate at the United Nations Commission on the Status of Women, held in New York, Fiona has led the Voices Against Violence programme in New Zealand.

“It addresses all forms of violence that girls encounter. It could be physical, family, bullying, psychological dating violence or being in a controlling relationship,” she says. “Advocating for the rights of girls is as relevant today as it was 100 years ago.”

Fiona is now based in the Manawatu and works in pharmacy.

She recently completed a three-year term on the national executive of the Pharmaceutical Society of New Zealand and is currently working as a Pharmacy Project Facilitator where she provides advice and support to all pharmacies in the MidCentral region, advocates on their behalf and builds relationships with others in the health care sector.