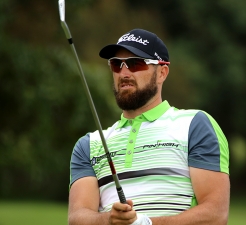 The Mid Canterbury pro finished in a share of eighth spot at the annual Hills Invitational 36-hole Pro-Am, following a combined haul of -2 142.

His tally was nine strokes off Dongwoo Kang, who won the two day event with a superb -11 following rounds of 65 and 68.

Pearce was five shots off the pace following Saturday’s first round before dropping one place on the leaderboard on Sunday after shooting 72.

His weekend got off to a sterling start with an eagle on the par 5 hole one, a feat he replicated on the 574m ninth.

However a triple bogey on the par 4 11th would prove to be decisive for Pearce in the final wash-up.

His -2 result was shared on the leaderboard with fellow pros Josh Geary and Jordan Loof.