Mid Canterbury power into the final

Mid Canterbury power into the final 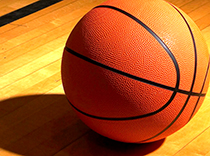 In their return season to top level basketball in Christchurch, Mid Canterbury’s men have booked themselves a place in the final.

They took on Atami Black in the semi-finals of Canterbury Basketball’s men’s division one competition in Christchurch on Sunday, and recovered from some early nerves to come back and take it out 83-75.

The game started at pace, as both teams tried to settle into their games, and it was Atami that made the early running to shoot out to an 18-6 lead.

But as the Tricroft Mid Canterbury side’s defence started to work well, they were able to increase pressure on the ball, and slowly worked their way back into the game.

Atami led 24-7 at the end of the first quarter and the second initially started well for Mid Canterbury, but they continued to turn the ball over.

They kept fighting though and began to find the basket, eventually drawing level at 36-all.

Mid Canterbury coach Brian Kerr said the shots were dropping and Atami were getting frustrated at their offence not functioning, and Mid Canterbury finished the half with a spectacular Pip Johnston three-pointer from just inside his own half which put his side out to a 47-38 lead.

Mid Canterbury again upped the tempo in the third, stretching their lead to 13, and things were going nicely when Atami called a timeout, followed by a change from zone to man-to-man defence.

Kerr said Mid Canterbury mitigated that well, but Atami did pull a couple of baskets back to make it 68-55 at the end of the third quarter.

With a finals spot on the line, Atami started the fourth strong and dropped a couple of early baskets to reduce the gap to nine, but Mid Canterbury continued to find ways to keep the scoreboard ticking over.

Atami kept chipping away and were able to close the gap to just two, 77-75 and alarm bells were ringing for Mid Canterbury.

They had been stuck on 77 for more than four minutes, but finally they got a turnover and an easy layup which got them moving again, as their defence stepped up and shut Atami down.

Atami resorted to fouling, and Mid Canterbury were able to hit a couple of free throws to take out the game 83-75 and book a spot in the final.

Kerr said Mid Canterbury had appeared jittery early, were guilty of unforced errors and missing some easy put backs, but they improved as the game progressed.

“Their defence was again outstanding as they worked hard on shutting down the Atami playmakers,” Kerr said.

“The big difference from last week was the boxing out on defence.

They restricted Atami’s second shot options which had cost them last week.”

“He was everywhere and constantly hit the baskets when they were needed. He had a massive game,” Kerr said.

“And big Jason Greig had a big offensive third quarter but caused Atami a lot of headaches.”

“All the boys that got on the court made good contributions, especially in keeping that defensive intensity level high.

“It was definitely what made the difference,” Kerr said.

Mid Canterbury will now take on Atami Casa de Banos in the division one final in Christchurch on September 14.