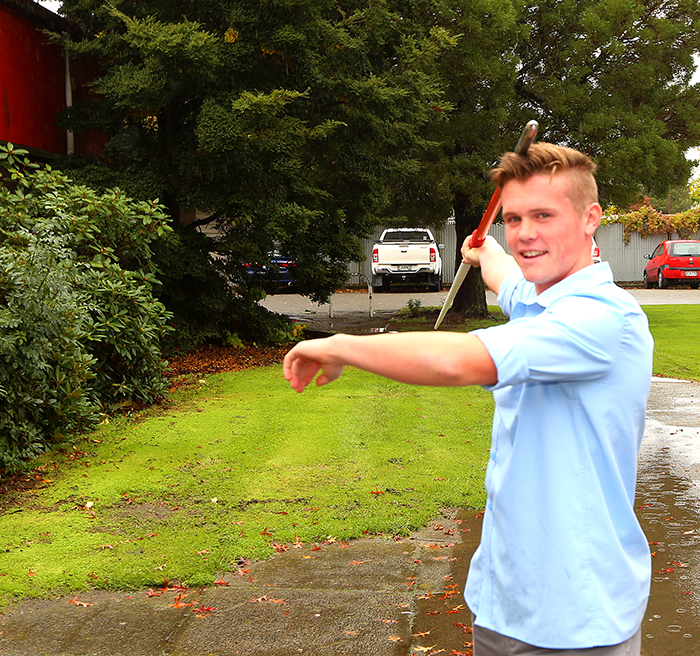 He said this was his first full year of competing in athletics, and that he has discovered a real passion for the sport.

“I like it because it is an individual sport and it is down to you and the effort you put in,” he said.

It was the effort that took Workman over the line at the South Islands, sitting in second place before his final throw.

“I was behind the other guy by 40cm, so it took a big one on the final throw to overtake him,” he said.

“The other guy still had one throw to go so I couldn’t even watch while he did it.

“There was quite a few people watching so there was some pressure.”

Also a regular on the rugby paddock as a part of the college’s first XV, Workman believes there are a lot of attributes between the sports that mix well.

“The trainings complement each other quite a bit, stuff like the strength and conditioning,” he said.

“I spend around five hours a week training, the strength and conditioning as well as throwing a few javelins.”

Looking towards the future, Workman said athletics will now take a break over the winter before nationals in about eight months’ time.

Still 15 years old, Workman’s main goal is, with the help of coach Mark O’Brien, to be national champion by the time he finishes school.